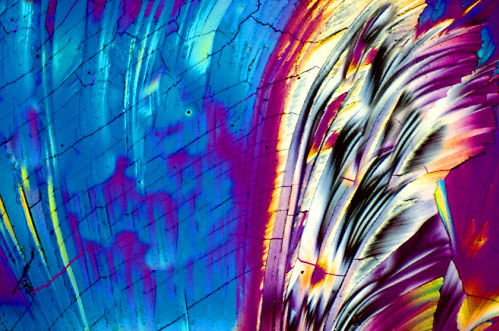 The Ultimate Microdosing Guide to Ketamine

What it is: Ketamine is a medication used for maintaining anesthesia. It is typically snorted, though occasionally injected. It is a classical dissociative that was developed during the 1960’s along with PCP, MXE, and DXM. It was originally created to be a replacement to PCP for surgical anesthesia.

Ketamine is considered to have moderate to high abuse potential. Chronic use is associated with escalating tolerance and psychological dependence. Additionally, the physical health effects of chronic use are not well-known. There is growing evidence that chronic use causes bladder and urinary tract dysfunction. Additionally, chronic use has been linked with cognitive impairment which may indicate neurotoxicity.

It produces its main effects by binding to and blocking the NMDA receptor; however, its precise mechanism is poorly understood and the subject of ongoing research.

Ketamine acts as a non-competitive antagonist of the NMDA receptor, an ionotropic glutamate receptor. NMDA receptors allow for electrical signals to pass between neurons in the brain and spinal column; for the signals to pass, the receptor must be open. Dissociatives close the NMDA receptors by blocking them. This disconnection of neurons leads to loss of feeling, difficulty moving, and eventually the notorious state known as the “K-hole”.

Heavy sedation and body dissociation with spontaneous bodily sensations including tingling in the hands, feet, and head. Physical euphoria is common and can be accompanied by out of body experiences.

At low doses modified body perception encourages activity as it feels much easier and lighter for the body to move and can even lead to pain relief but can results in tactile suppression and clumsiness.

It can be extremely immersive, allowing the user to focus solely on one source of information alone. It can stimulate non-linear thinking and allow for enhanced creativity allowing for new insight through highly abstract thoughts.

How microdosing it feels: Some users report feeling a physical high and a decrease in physical sensation. “If you have pain in your knees,” says one user, “you’re not going to feel that on a microdose of ketamine.” It also eases stress and depression. With larger doses, users report that those anti-depressive effects can last for days, weeks, or even a month.

Tolerance to ketamine can build rapidly and lead to binge patterns of it use. Initial doses typically range from around 25mg to 100mg, with well experienced user reporting using up to 2,000 milligrams .

Many young individuals have taken to using ketamine as a reliable and re-creatable high, that brings a sense of tranquility and peace to ones environment, creating a rapid psychological dependence with any repeated use.

Dissociatives such as Ketamine are reported to be unique from other substances because they are capable of producing a long-term or permanent form of tolerance (“permatolerance”) that accumulates slowly and independently from normal tolerance. Many chronic ketamine users report that they need to consume substantially more to achieve dissociation or k-hole compared to their first use, even after taking extended breaks.

It is unknown why or how this occurs, although it has been suggested to be a potential indicator of some form of neurotoxicity. Dissociative permatolerance poses an additional problem considering ketamine’s negative effects on the urinary tract. As a result, heavy or chronic use of all dissociatives is strongly discouraged.

The most common toxicity reported with frequent ketamine use or dependence is ketamine-induced ulcerative cystitis which includes frequent urges to urinate, incontinence, decrease bladder compliance, decrease bladder volume, and painful bloody urine. Keep in mind that this was reported in individuals who were all using more than 5 grams per day.

Fatal ketamine overdoses are rare. However, there is evidence that suggests extremely high doses may result in damage to the brain and other organs.

How To Microdose Ketamine

A mood enhancement effect has been noticed, particularly among sufferers of depression, with sub-perceptual doses of up to 0.2 mg/kg. However, ketamine is not considered safe for microdosing at the same rate as LSD or psilocybin, and needs to be spaced out but more than a few days at time.

Typical starting doses are recommeded to be 0.1mg/kg, meaning an average 62 kg adult would ingest around 6.2 mg of Ketamine for their initial dose. At 0.2m/kg this would be a 12.5 mg microdose.

Ketamine has been shown to be effective for patients suffering from chronic depression and bipolar disorder. Studies have shown that the effect of the drug is immediate or within 2 hours and consistent in relieving a patient’s depressive and/or suicidal symptoms, lasting up to 3 days after a single dose. In comparison, common antidepressants such as fluoxetine (Prozac) can take weeks to show therapeutic effects.

Ketamine is a racemate composed of the R-(−)-ketamine enantiomer (arketamine) and the S-(+)-ketamine enantiomer (esketamine). Esketamine inhibits the reuptake of the dopamine transporter about 8-fold more potently than does arketamine, and so is about 8 times more potent as a dopamine reuptake inhibitor. Arketamine appears to be more effective as a rapid-acting antidepressant than esketamine.

A study conducted in mice found that ketamine’s antidepressant activity is not caused by ketamine inhibiting NMDAR, but rather by sustained activation of a different glutamate receptor, the AMPA receptor, by a metabolite, (2R,6R)-hydroxynorketamine; as of 2017 it was unknown if this was happening in humans. Arketamine is a AMPA receptor agonist.

Anesthetic doses may not produce an antidepressant effect. While the research is limited, between .5 and 1mg/kg IV given over about 40 mins seems to be the optimal dose. A typical anesthetic dose is 1-2 mg/kg given over 2 minutes, followed by .5-1.8mg/kg/hr. Benzodiazepines and GABA agonist (both of which are often used alongside ketamine in anesthesia) may mitigate the antidepressant effect of ketamine. 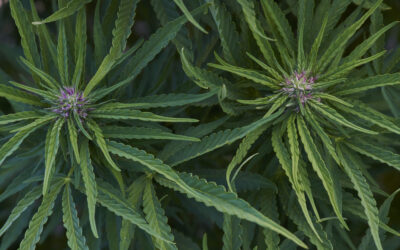 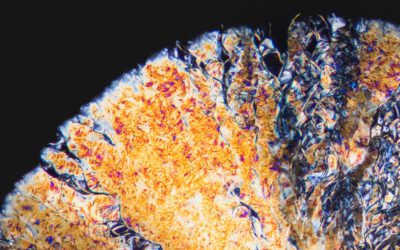 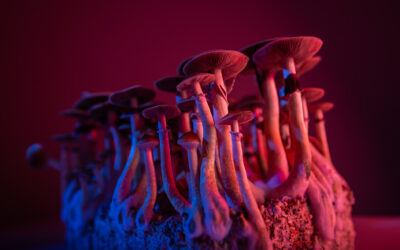 Psilocybin mushrooms are a family of psychoactive fungi that contain psilocybin, a psychedelic substance of the tryptamine class. Psilocybin mushrooms occur on all continents and have been taxonomically classified into over 200 species, the most potent of which belong to the genus Psilocybe, the most common psychedelic mushroom and average user encounters. Other notably potent species include Panaeolus, Inocybes, Copelandia, and Gymnopilus.